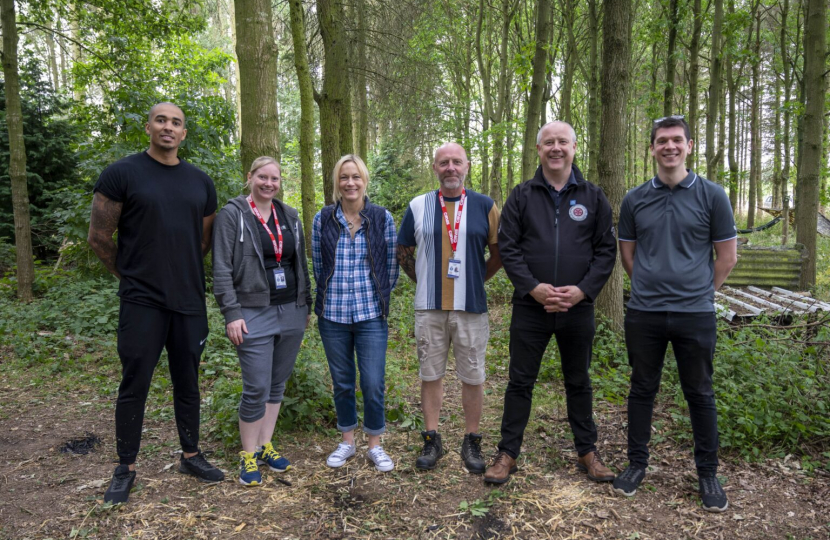 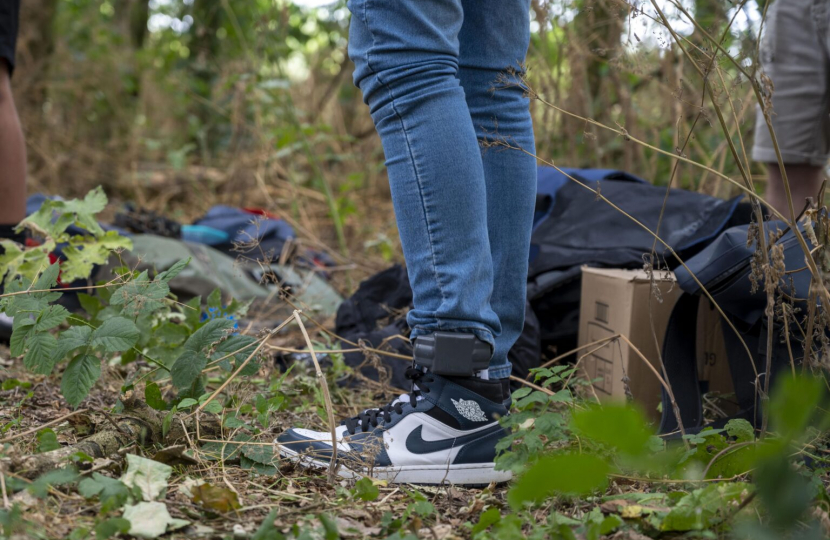 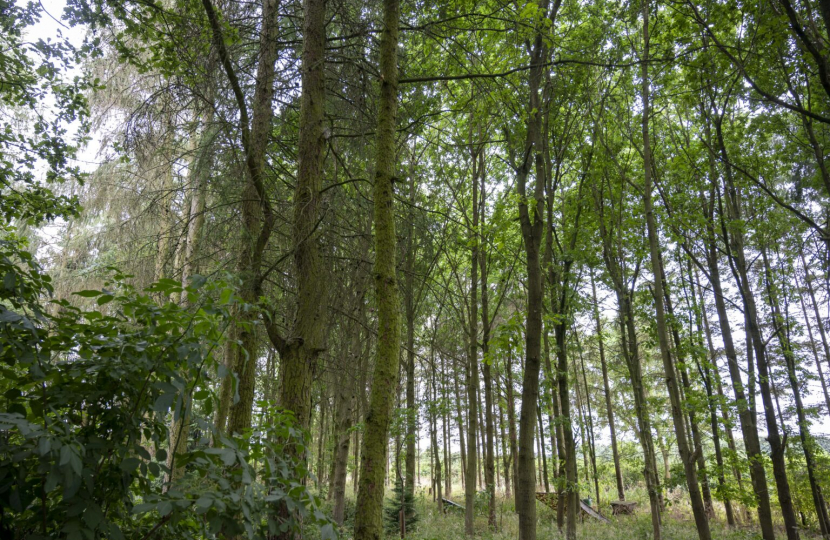 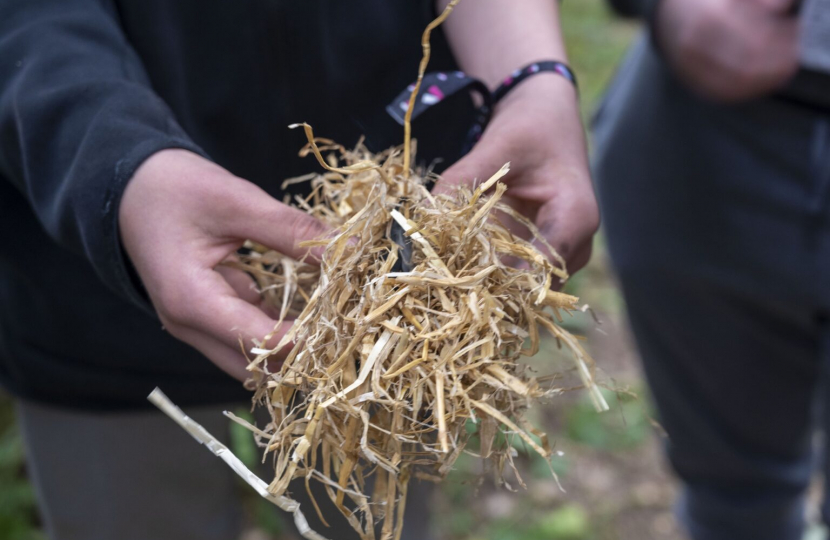 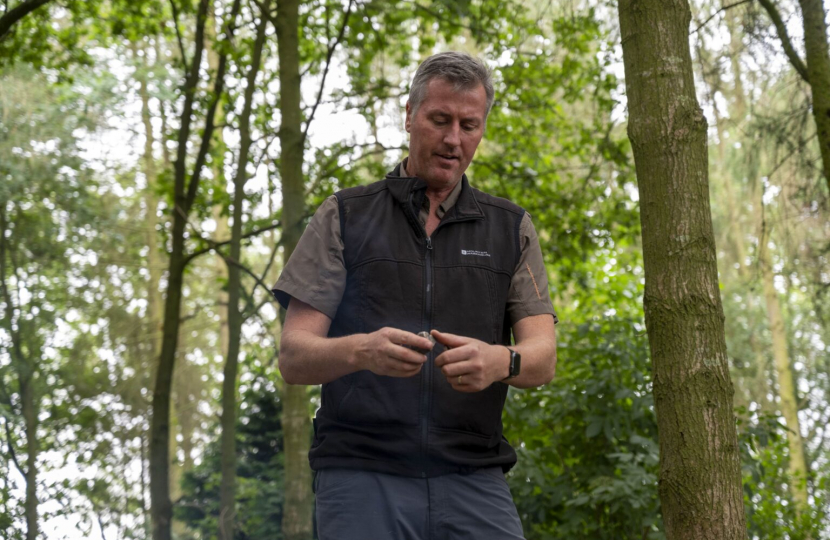 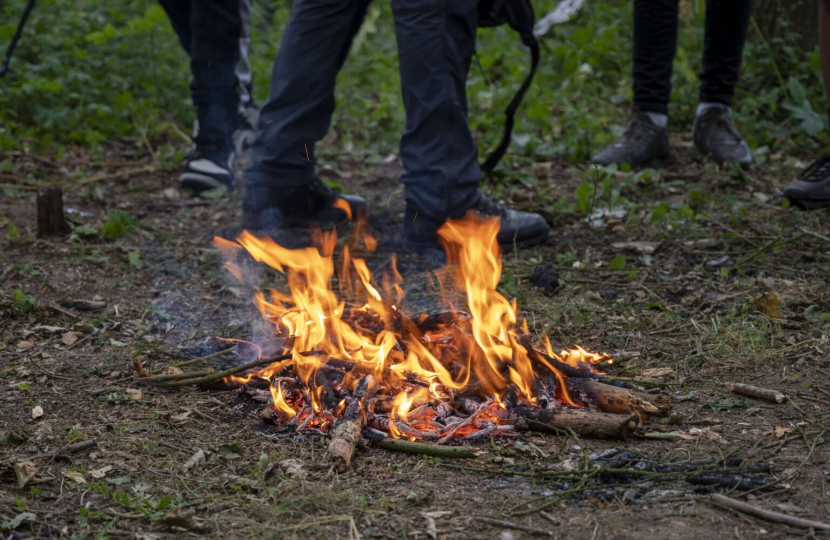 Early intervention with young people is a key priority when it comes to preventing children going down a dangerous pathway in life.

Working with partners forms an important part of this, and the Commissioner paid a visit recently to one of the events helping to achieve this early intervention. Survival day training with CIRV

Known as the Elite Survival Day, the day excursion is designed to give young people who are on the cusp of gang involvement a chance to escape their everyday life, learn new skills and build a rapport with the people who are trying to help them.

The most recent event, held in secluded woods on the outskirts of Market Harborough, saw eight young people from across Northamptonshire take part. For some, this is their first ever experience of leaving their estate.

PC Spence Lyman is one of six serving police officers acting as Navigators who will work on the child’s pathway for CIRV.

He said: “It’s great to see the journey they are on when they come along. You’re nurturing these children from a position where they are being exploited and getting involved in criminal gangs, but then when they do things like this you can see the child come back out and it’s lovely to see that progress.

“It does take time and each kid is different and will be different in how they open up. They see the police officer card as a hurdle to start with, but once they know that you’re a human they can start to begin that process of trusting us.”

Having seen the day in action, Police, Fire and Crime Commissioner Stephen Mold added: “It’s always been really important to me to stop crime happening in the first place and to work with young people at an early stage.

“A lot of the people who attend these days will have been excluded from school and are missing authority figures in their lives and people they can trust. This event has allowed them to build some bonds and means our Navigators can start working to put them on a better pathway and have honest conversations with them about their life choices.”

As well as the Navigators the CIRV program team has two Adverse Childhood Experience (ACE) officers – embedded from the Office of the Police, Fire and Crime Commissioner – who carry out initial assessments.

The CIRV programme initially started in the USA before coming over to Glasgow, and the Northamptonshire project is the first of its kind being run in England.

Once a child is referred to CIRV from the police or custody, they will offer to work with the child and their family over a 12-week period to get them on a better pathway. This can include referring them to organisations where they can speak with former gang members, or in this case, bringing them to a new part of the world and teaching them valuable skills.

The training day sees them build shelters and hammocks, create their own fires and learn to tie knots under the watchful eye of former marine John Sullivan, who has been running Elite Survival Training for the last 12 years.

John (pictured below) said: “This approach is about giving plenty of praise and building their confidence up slowly and giving them a self-belief to succeed, that’s what I want them to walk away with.

“At the start of the day they don’t think they will be able to do it but by the end of the day the confidence will be flowing. They can then use that as a nice base when they go into education and they might get a seed of doubt on whether they can do something. They will think back to this and tell themselves that they can do it.”

Many of those who have taken part will have been targeted by older people and groomed to bring them into gangs to carry out criminal activity on their behalf.

“Some of it starts just by them being offered cigarettes because they appear to be vulnerable,” says CIRV Navigator, PC Tara Withers.

“Then it’s something that they owe and that’s the start of being groomed. They may lack parental figures, or they have been neglected, so they won’t recognise the signs of grooming. They see them as a mate or as someone cool who can protect them. They’re never going to get to the point of owning the flash car or having all the cash, but that’s the dream they’ve been sold.

And for PC Jordan-Bradly Taylor, a fellow Navigator, the Survival Day is a quick and efficient way of making progress with their young participants.

“It’s good to give them opportunities like today where I have seen them be children for the first time,” he says.

“Most of them are way beyond their years and have gone through things that no human should have to go through. They are living a lifestyle you would not wish on anyone.

“It can take about 400 hours to get a young person under the age of 18 to fully trust a professional. We don’t have that many hours to make an impact on their lives, so having something like this is invaluable.”

Anyone can refer into CIRV – whether that is someone who needs help themselves to get out of ‘gang life’ or someone who is concerned about someone they know.