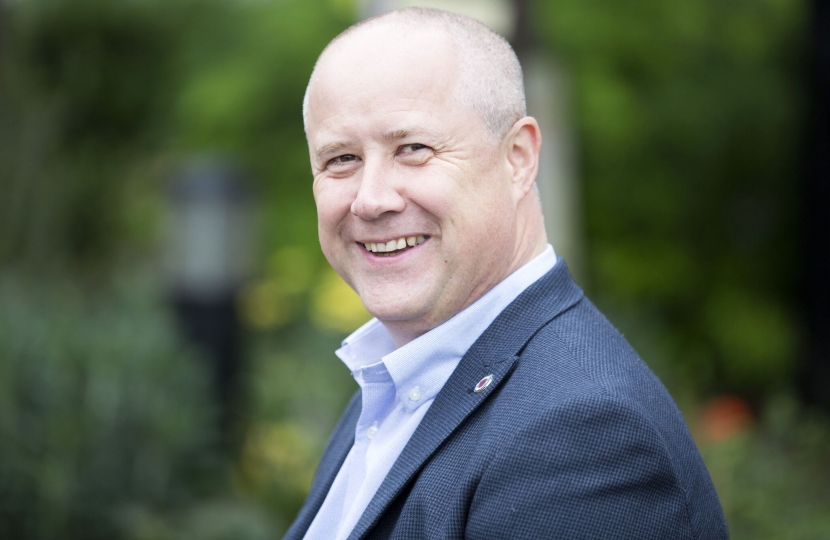 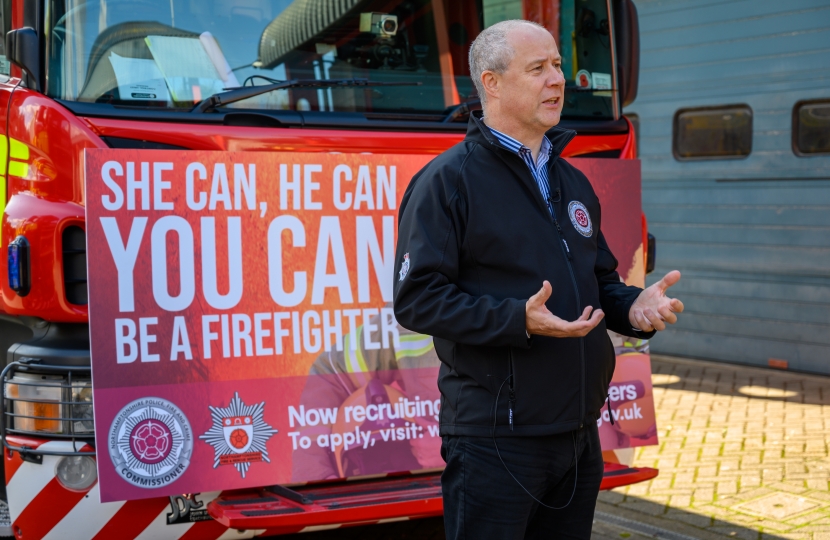 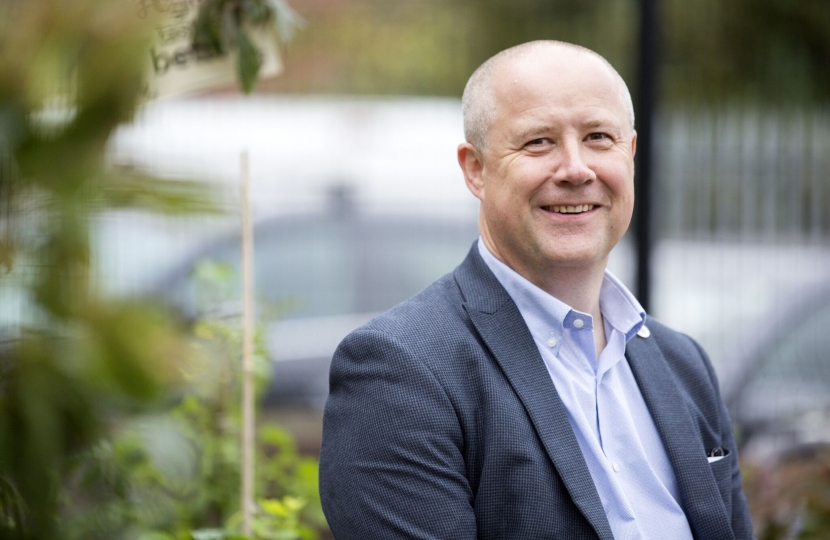 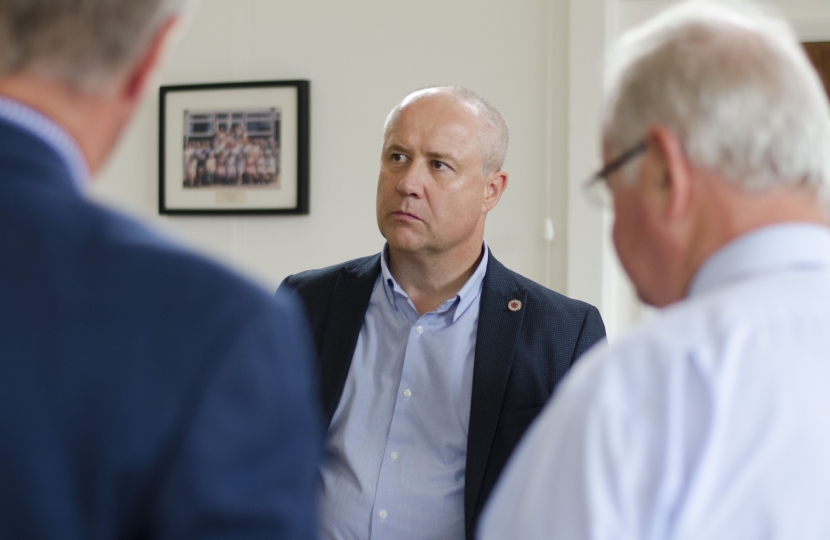 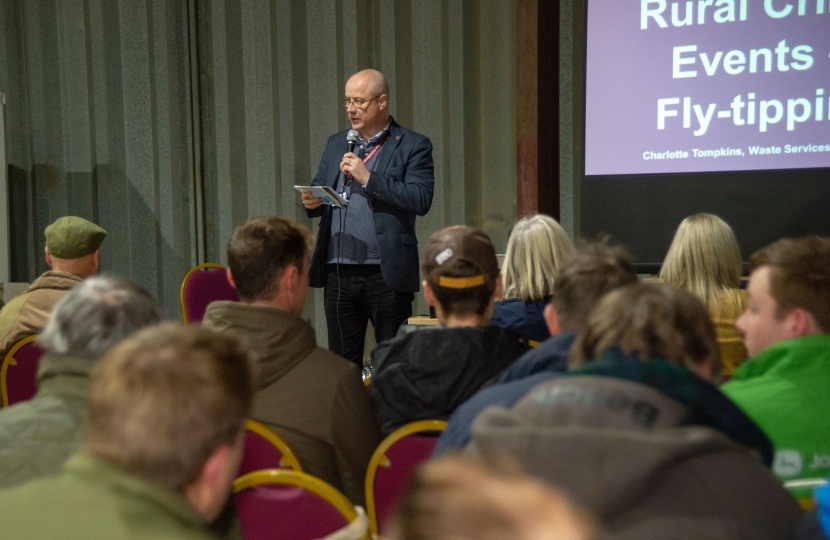 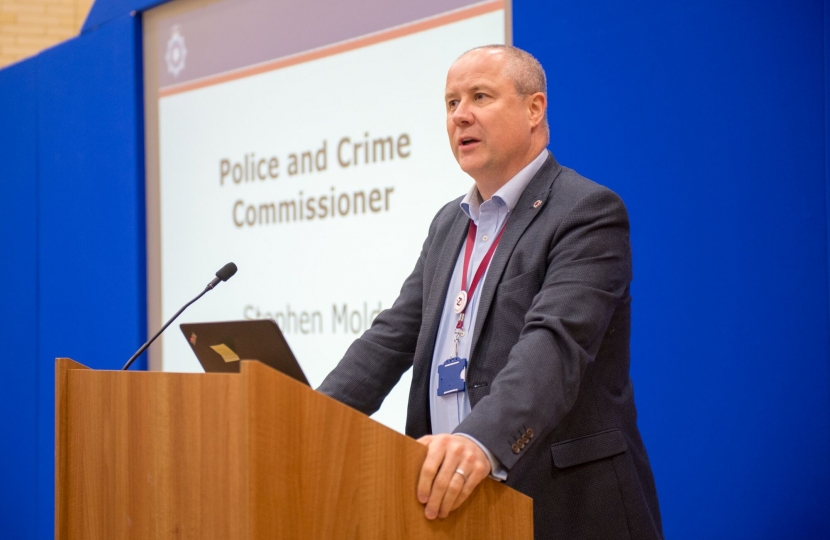 Stephen lives in South Northamptonshire with his wife and children. Joining the Air Training Corps as a teenager was a significant point in Stephen’s life, channelling his energy towards service and helping to develop his team skills and sense of responsibility for others.

Before becoming Police and Crime Commissioner, Stephen worked for 20 years in leadership positions in the private sector, chiefly in information technology and latterly running a successful on-line business, based in Northampton.

Small wonder that Stephen has a passion to ensure that the police service makes the best use of new technology to increase efficiency and effectiveness and enable officers to remain visible in their communities for longer.

As Police, Fire and Crime Commissioner, Stephen’s role is to be the voice of the public in policing, crime and the fire service.

Stephen has laid firm foundations with Northamptonshire Police to develop into a high-performing Force, recruiting a new Chief Constable and providing extra funding to allow the largest recruitment drive seen for many years, with the aim of increasing the number of police officers in Northamptonshire by nearly another 130 to 1500 in the next couple of years.

His Police & Crime Plan focusses on ensuring that people receive the policing service they deserve, intervening early to prevent crime, robustly enforcing the law, supporting victims and addressing the behaviour that causes offenders to commit crime.

Now with responsibility also for Northamptonshire Fire and Rescue Service, Stephen wants to provide a stable platform that will enable the Chief Fire Officer to deliver the best possible service to the public.

Stephen is a member of the board of the College of Policing and also serves on the board of both the National Enabling Programme and the Emergency Services Mobile Communications Programme.