Focus on safety of people in police custody 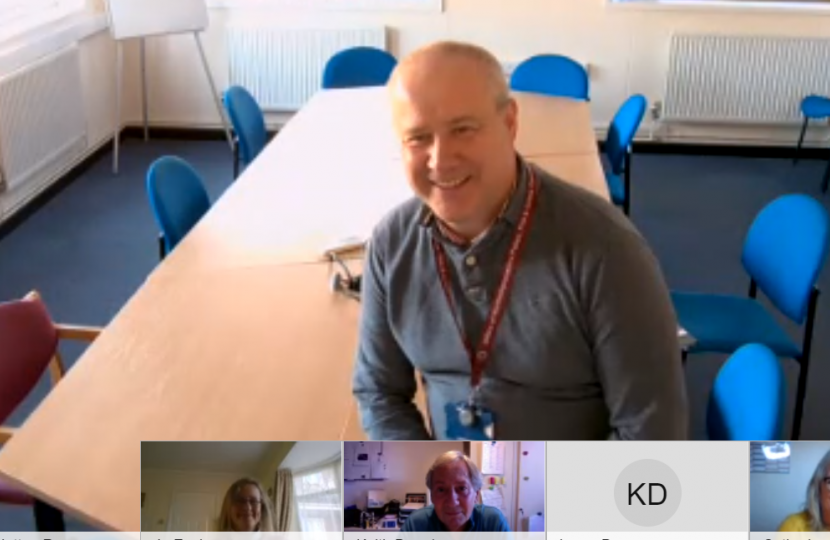 Much of normal life came to a pause in March 2020, however police custody could not stop and neither could the PFCC’s Independent Custody Visiting (ICV) scheme, which relies on the support of volunteers to check on the welfare of people detained in police custody.

ICV volunteers are five months into a different way of working to ensure the vital scheme in Northamptonshire continues. Like many during the Covid-19 pandemic, they have turned to remote methods to carry out their role as safely as possible. After physical ICV visits were suspended to minimise the risk of spreading the virus, it was important to maintain a form of independent oversight of Police custody and a way of bringing an independent perspective to the custody process.

ICVs now call the Criminal Justice Centre in Northampton and the Weekley Woods Justice Centre in Kettering once a week to speak to people detained there over the phone. They ask about their wellbeing and ensure they have understood and received their rights and entitlements, with a focus on access to safeguards and support, as well as hygiene measures. Any issues raised are reported to the Custody Inspector and OPFCC.

Since June, ICV volunteers have spoken with 32 detainees over the phone and no serious concerns have been raised.

PFCC Stephen Mold said: “The ICV scheme is a statutory requirement and an important part of the work of the Office of the Police, Fire and Crime Commissioner. The team of volunteers provide public reassurance by assisting in the scrutiny of police performance.

“The ICVs that agreed to take on this new, temporary approach have adapted really well, and I am very thankful to those that are continuing to volunteer remotely so that independent checks can still take place during this challenging time.”

ICV Jo Espin reflects on the changes: “I agreed to do remote custody visits because I thought it could be a long time before we would be able to carry out visits in person, and meanwhile police custody would still see many people coming through its doors.

“Rapport and trust can be established much more quickly when meeting people in person. However, telephone visits are a useful tool for now. At a time when police methods in the UK and wider world are under scrutiny in the wake of different events, yet custody suites are behind closed doors even more than usual due to the pandemic restrictions, remote visits give detainees the opportunity to describe how they are being looked after, and to have issues raised and dealt with. It also allows us to acknowledge examples of good police practice.”