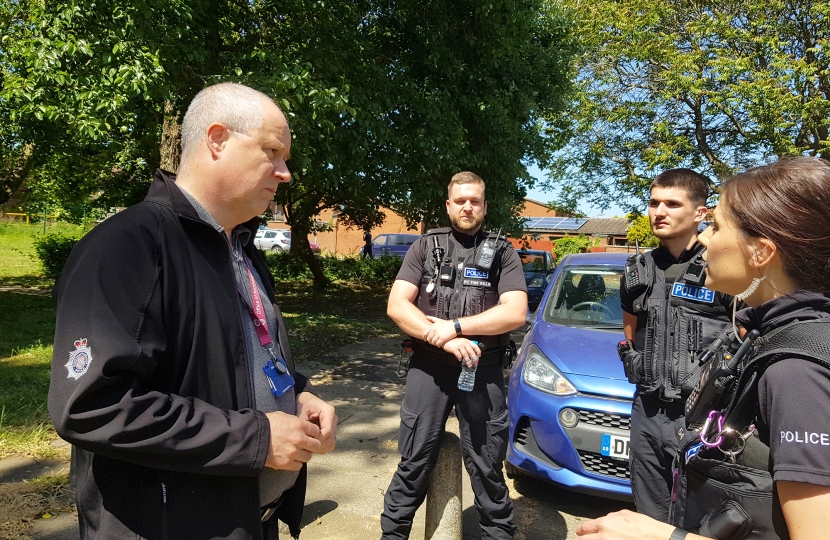 Police officers in neighbourhood teams across rural and urban communities will be doubled, growing from 50 to 100 over the next 18 months, with an aim to add a further 60 in coming years. These will be additional officers to add to the neighbourhood police and PCSOs already working across the county.

Neighbourhood policing will now be at the heart of our fight against crime, with visible, locally accountable policing to tackle the problems that matter to people.

This new focus has been made possible by the increased number of police officers in the Force. Northamptonshire Police now has 1367 police officers compared with 1170 four years ago. This means that we can now strengthen our neighbourhood teams without taking resources from emergency response or other specialist areas of crime fighting.

Northamptonshire Police, Fire and Crime Commissioner Stephen Mold said: “I know how much value people place on knowing that they have a local, neighbourhood policing team dedicated to tackling problems in their area.

“As our plans develop, we will make sure that every neighbourhood has a dedicated, named local team dealing with the issues that matter to them at the earliest opportunity.”

We are also investing in two mobile police stations to give more visible and accessible local policing in our more remote and rural communities.