A sparkling new fleet of Police Interceptor vehicles was unveiled this month to enhance the work of the Force’s Road Crime Team to deny criminals the use of the road. 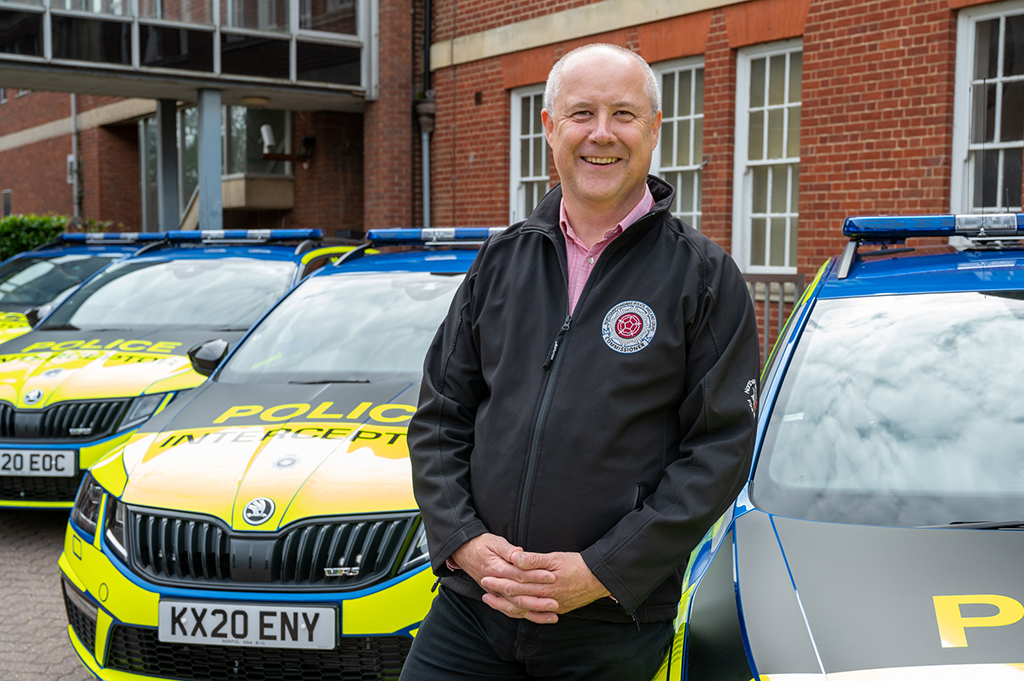 Police, Fire and Crime Commissioner Stephen Mold has invested around £300,000 in the new fleet, which is made up of eight Skoda Octavia VRS Estate TDi vehicles. Each have the capabilities of high-performance cars and have been fitted with latest technology and kit. The vehicles will be used by the Northamptonshire Police Interceptors Team, which is made up of highly trained Response officers across the Force. The vehicles will give officers the capabilities to intercept known vehicles and criminals and target hotspots to make the county’s roads safer.

Police, Fire & Crime Commissioner, Stephen Mold, said: “This is another major investment in policing in Northamptonshire, which gives officers more tools and capacity to respond robustly to those who use the county’s road network to commit crime. “Taken together with the increased number of police officers and our plans to enormously expand our ANPR network, these investments support the Force’s plans to crack down even harder on crime and will really benefit people across the county.”